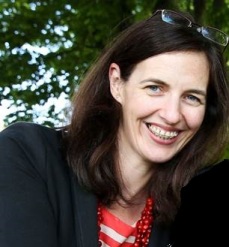 Margie is the Head of Education and Public Engagement with Science Foundation Ireland. As part of this role Margie is responsible for driving SFI’s commitment to achieving a more engaged and scientifically informed public in Ireland.  Part and parcel of this is Margie’s interest in supporting the variety of people working in science, engineering and technology to share their passion for their subject in a way that engages a general audience.  Graduating from UCC Margie worked a consultant civil and environmental engineer for almost ten years before joining Engineers Ireland, the professional body for engineering in Ireland.  During her nine years as Membership Director with Engineers Ireland Margie was responsible for the awareness programme STEPS including creating national Engineers Week and coordinating schools and public awareness campaigns on engineering by motivating approximately 5,000 volunteer hours each year.  She has regularly contributed to press articles and broadcast programmes on science and engineering careers.  Margie is a Chartered Engineer and Fellow of Engineers Ireland and she also holds a licentiate in stage and theatre performance. 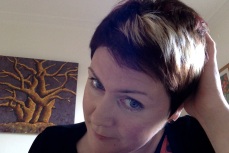 I trained as a scientist and I am now a writer. I have a PhD in pharmacology (cell biology) from University College Dublin and I worked as a post-doc in Scotland and Australia before leaving the glamorous world of the lab for the glamorous world of writing, first as a technical writer for e-learning companies and later as a science writer/journalist. I have a Masters in Science Communication from Dublin City University and I have been a science journalist/writer for almost a decade. I write mainly for The Irish Times and Silicon Republic, but I have been known to write for New Scientist, Scientific American and Nature. As well as writing for print and online media, I am a research consultant for The Science Squad, a magazine programme about science on RTÉ, and I am an associate lecturer at Dublin City University’s School of Communications. Events such as Thesis in Three are brilliant for encouraging early-stage researchers to develop their communications skills and confidence, and to think of new ways to engage a wider audience about what they are doing. 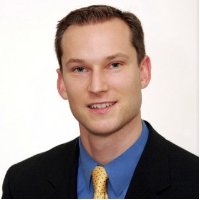 Will Goodbody – Science and Technology Correspondent

Specialist correspondent covering the briefs of Science and Technology for Ireland’s public service broadcaster, RTÉ News. Working across multiple platforms of online, radio and TV to bring the latest news and analysis on these exciting and evolving areas to our audience.